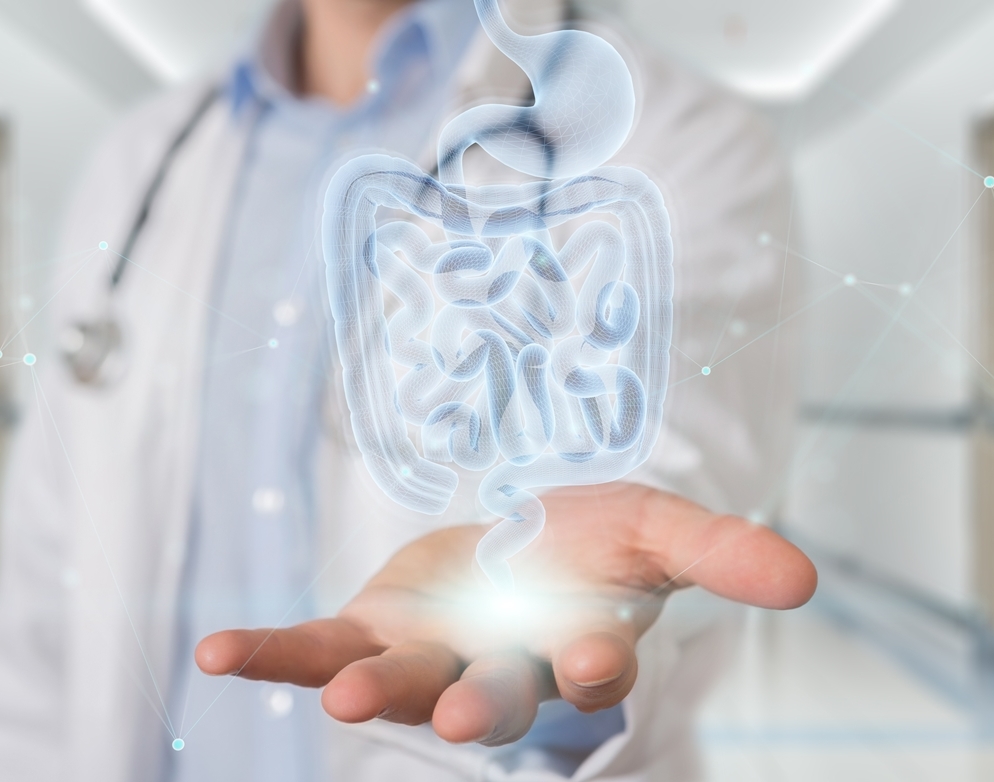 Gastrointestinal Medicine with Compassion and Care 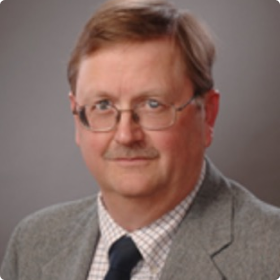 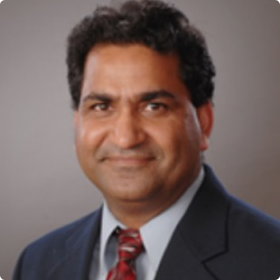 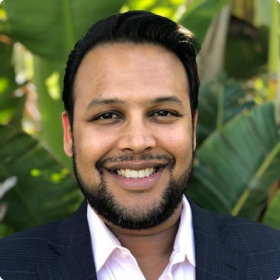 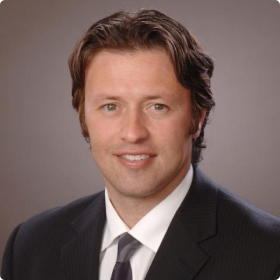 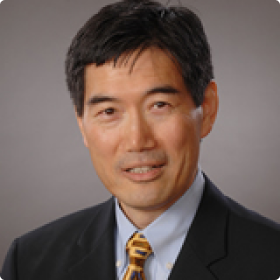 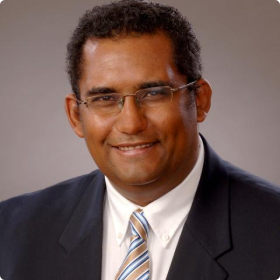 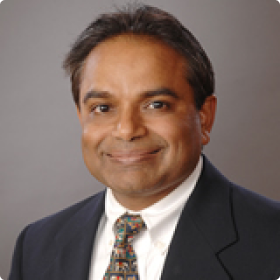 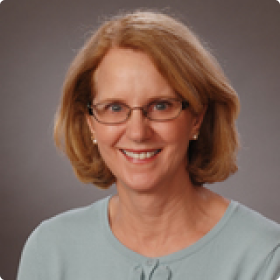 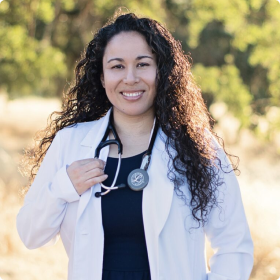 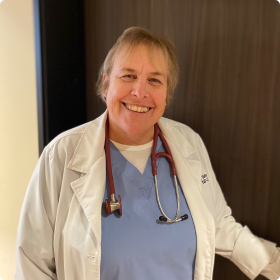 Dr. Keval Shah is board certified in Gastroenterology & Hepatology and Internal Medicine. He completed his Internal Medicine residency at St. John Providence Health System in Detroit, Michigan. Following residency, he completed his Gastroenterology & Hepatology fellowship at Beaumont Health System in Detroit, Michigan. During his fellowship, he received special training in both Inflammatory Bowel Disease and Hepatology at Henry Ford Hospital in Detroit. He was also selected as a fellow under the American Neurogastroenterology Motility Society where he received advanced clinical training in Motility at Cedars-Sinai Hospital in Los Angeles, CA. Dr. Shah’s interests include nutrition and weight loss, esophageal disorders, reflux disease and management, colorectal cancer screening, and providing patients with a holistic approach to their gastrointestinal care.

Dr. Keval Shah was born and raised in California. He received a Bachelor of Science degree in Sociology and Human Biology from Pitzer College in Claremont, CA. He studied abroad in Costa Rica and Nicaragua where he spent time working in Emergency Medicine and became fluent in Spanish. He played tennis while in Claremont and was chosen as an NCAA Scholar-Athlete. He then attended medical school at Western University of Health Sciences/COMP in Pomona, CA. Upon medical school graduation, he was awarded the prestigious San Miguel Scholarship.

When not practicing Gastroenterology, Dr. Shah enjoys spending time with his wife and two beautiful children. He enjoys playing basketball and tennis during his free time. Other hobbies include martial arts. Dr. Shah competed in the 1996 Junior Olympics and has both a second-degree black belt in Tae Kwon Do as well as a first-degree black belt in Shotokan Karate.

Dr. Igor J. Nastaskin is a graduate of UCLA and Virginia Commonwealth University, gaining his M.D. in 2004. He successfully completed Internal Medicine residency training at the renowned Cedars Sinai Medical Center, followed by advanced training in Gastroenterology and Hepatology at the prominent University of California, Davis. Dr. Nastaskin is trained in the latest advances in diagnosis and successful treatment of disorders of the esophagus, upper gastrointestinal tract, colon, liver, bile duct system, and pancreas. He has particular interest and is thoroughtly trained in colorectal cancer prevention and early detection using the latest state of the art colonoscopy procedures and techniques. Dr. Nastaskin is certified by the American Board of Internal Medicine in both Internal Medicine and the Subspecialty of Gastroenterology.

Dr. Nastaskin and his wife Ika have two children and wishfully hope that one or both kids may eventually choose a career in medicine. His many interests outside medicine include soccer, basketball, fishing, and mountain biking.

Dr Evans is a specialist in treating disorders of the gastrointestinal tract. He received his Internal Medicine training at the University of Pittsburgh and he specialized in Gastro-entrology at the Pennsylvania State University. He is proficient in performing procedures such as colonoscopy and the removal of polyps as well as evaluating the upper digestive tract. Dr. Evans is certified by the American Board of Internal Medicine in both Internal Medicine and the Subspecialty of Gastroenterology.

Dr Evans is married with two young children. The family are avid outdoors enthusiasts and have been very happy to be part of the central coast. Dr Evans enjoys golf and fishing on his days off.

Dr. Vachhani is dedicated to the prevention and early detection of colorectal cancer, the second most deadly cancer in the United States.

Dr. Vachhani is married with two children.  He is an avid hiker, having recently climbed Half Dome at Yosemite National Park.  During his free time, he enjoys traveling and spending time with friends and family.

Ms. Batson earned her Nursing degree in 1980. She received her Bachelor of Nursing Science in 1996 and a Master’s degree in Nursing Science as a Nurse Practitioner from the California State University, Dominguez Hills in 1999. She is certified by the American Credentialing Center (ANCC) as a Family Nurse Practitioner. She has specialized in Gastroenterology since 2002. She has experience with all areas of gastroenterology with special emphasis in the treatment of Hepatitis C. Previous experience includes Critical Care and Public Health.  Ms. Batson retired from practice in October of 2017.

Laura is an Advanced Practice Nurse who trained at Walden University. She graduated in 2017 Summa Cum Laude with a Master’s Degree in nursing as a Nurse Practitioner specializing in Adult-Gerontology Acute Care. This rigorous program included two years of classroom study and one year in supervised clinical rotations in addition to two years of classroom and clinical rotations to obtain a degree as a registered nurse. For her Master’s degree, she trained under the supervision of Dr. Siri Khalsa and Dr. Alina Dalmendray as part of the hospitalist team at Marian Regional Medical Center and with Dr. Donald Hole at the outpatient Family Medicine office.  She is certified by the American Association of Critical-Care Nurses and is a member of California Association for Nurse Practitioners. She is licensed through the California Board of Registered Nursing.

Prior to her nurse practitioner education, Laura Dominguez attended Pacific Union College located in Napa Valley where she received an undergraduate degree in Religion with Emphasis in Health in 2010. She completed her Associate’s degree in Nursing at Fresno City College in 2011. She became a registered nurse in October of 2011 and she has worked as a registered nurse at Marian Regional Medical Center since 2012 on the Medical-Surgical floor in both the capacity as a floor nurse and as an Assistant nurse manager.

In February 2019 she joined the team of providers at Santa Maria Gastroenterology group. Her role includes, but is not limited to, assessment; ordering, supervising and interpreting diagnostic and laboratory tests; making diagnoses; initiating and managing treatment including prescribing medication and non-pharmacologic treatments; coordinating care; counseling; and educating patients and their families and communities.

In her free time, Laura enjoys drawing, singing, cooking, and spending time with her family.